Besins Healthcare entered the men’s health area in 1982 when it developed the first dihydrotestosterone gel for the treatment of andropause and gynecomastia.  We built on that success and our hormone therapy expertise to develop the world’s first transdermal testosterone gel therapy to treat hypogonadism in the mid-1990s.  AndroGel® is the world’s leading replacement therapy for treating testosterone deficiency.  It has made us the #1 global leader in testosterone-based replacement therapy, now with nearly two-thirds of all worldwide sales [1] .

Male hypogonadism is a clinical syndrome caused by testosterone deficiency which may adversely affect multiple organ functions and quality of life [1].

Testosterone deficiency can be of primary or of secondary origin and it usually increases with age, although this can also be related to certain co-morbidities which are prevalent in elderly men. An annual decline in circulating testosterone of 0.4-2.0% has been reported [2-3] and in middle-aged men the incidence was found to be 6% [4] . It is more prevalent in older men and in men taking some medications.   Generally speaking a low testosterone level is often indicative of a poor health status.

Hypogonadism is associated with acute and chronic illness and can also occur as a result of the illness itself or its treatment. Some of the systemic illnesses associated with hypogonadism include burn injury, stroke, cancer, HIV disease, myocardial infarction, diabetes, obesity, surgical stress, and others [6] .

AACE Guideline for Clinical Practice for the Evaluation and Treatment of Hypogonadism in Adult Male Patients- 2002 Update. ENDOCRINE PRACTICE Vol 8 No. 6 November/December 2002 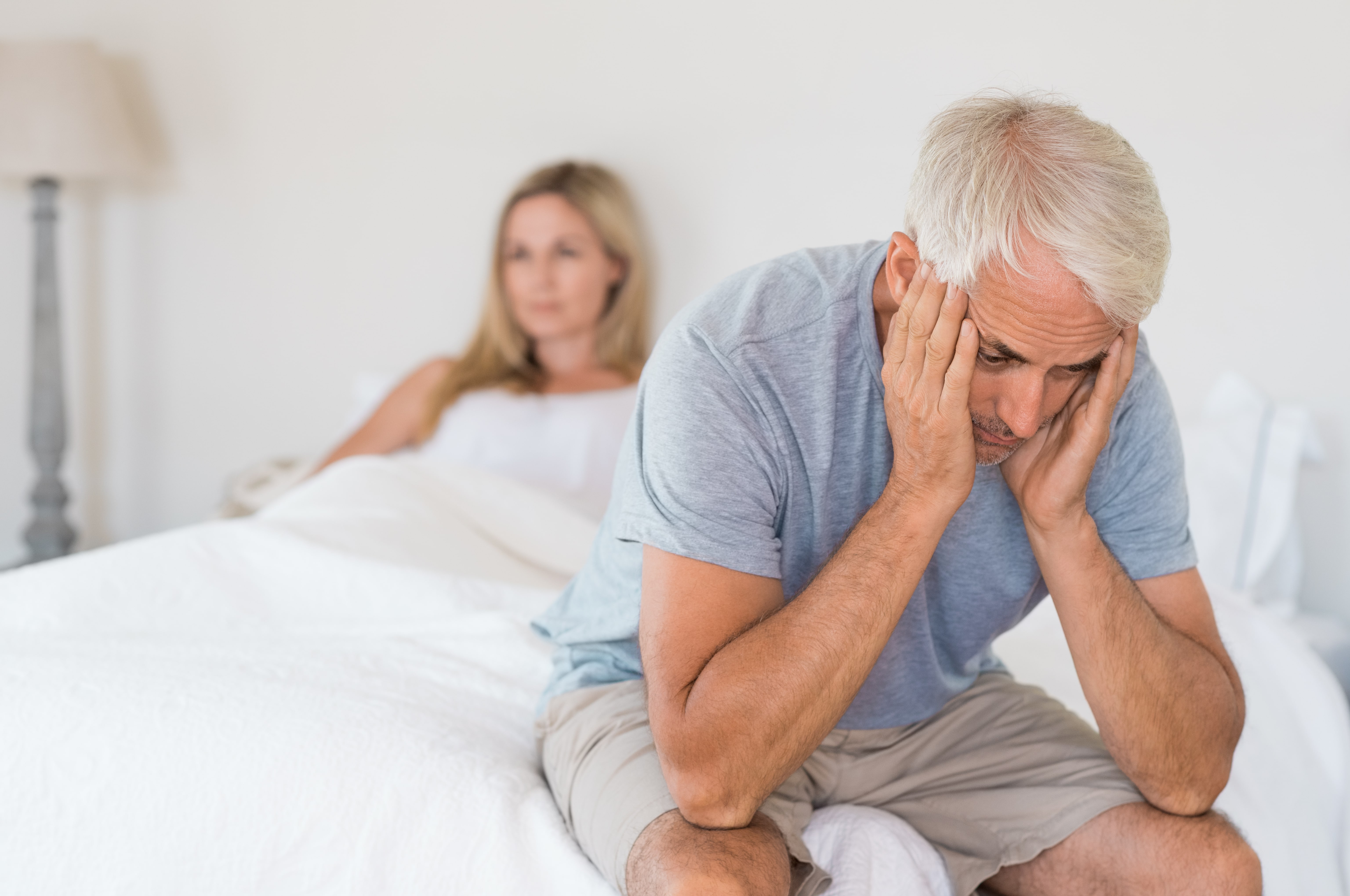 Gynecomastia is defined as swelling of the breast in boys and men due to a benign increase in breast tissue [1].  The condition can affect one or both breasts, sometimes unevenly [2].

Gynecomastia is triggered by a decrease  in the level of testosterone compared to the body’s level of estrogen. Its frequency peaks for adult men between the ages of 50 and 80.  It is estimated that at least one in four men in this age group are affected by the condition [2] . Beyond normal hormonal changes due to aging in this group, increased body fat, anti-androgens used to treat prostate cancer and prostate enlargement, HIV/AIDS and anti-anxiety medications, tri-cyclic antidepressants, antibiotics and other medications can cause gynecomastia.  In addition, health problems such as hypogonadism, hyperthyroidism, liver disease kidney disease and failure, and tumors of the testicles, adrenal glands or pituitary gland can lead to the condition [1].